Life Begins at 40: Creativity and Loss

The Sydney Chamber Choir could well have heeded the timeless wisdom ‘leave ‘em wanting more’.
Victor Kline
[This is archived content and may not display in the originally intended format.] 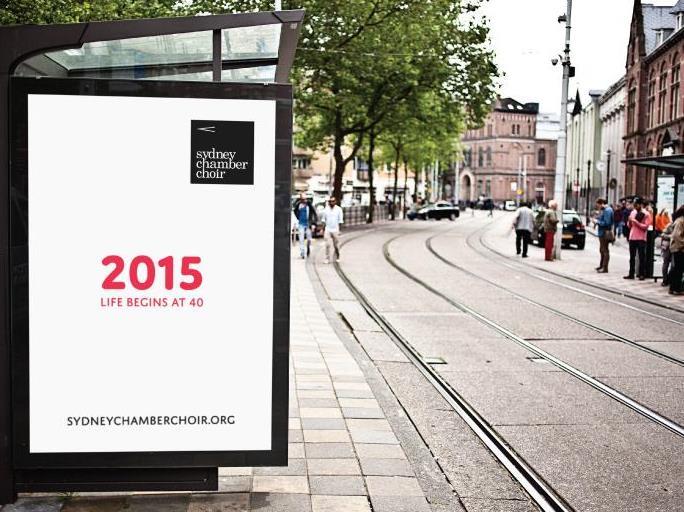 After the first piece of the Sydney Chamber Choir’s 2015 Life Begins at 40 – Creativity and Loss my companion suggested it sounded like a bag of rats being bashed against the wall. I couldn’t see that at all, suggesting it was more like an out of control helicopter crashing to earth. Those around me put in their own descriptions of the cacophony in question. These varied in the anger and horror. But all agreed it was not singing, it was not music, it was not composition.

The piece was Lux aeterna, by Gyorgy Ligeti. We are told in the programme notes that Ligeti “focused directly on sound and its evocative power, eliminated pitches as such and replacing them with microtonal sound clusters, clouds of colour, texture and timbre, free of the elaborate and often aggressive percussion found in so much of modern music of the day.” I would add: also free of beauty, tone, tempo and life.

We are also warned at the end of those same notes that “there is a different, practical tension at the end of the piece, where Ligeti insists on seven, very slow bars of complete silence – a challenge for audiences longing to unleash their applause….” I do apologise for even quoting this, but misery loves company, and you weren’t there. I also apologise for using the only apposite word to describe this piece – wank.

The work is devoid of harmony and melody, and the fact that the Sydney Chamber Choir chose it at all can only be explained by the same process of reasoning that reserves praise for modern novels only if they eradicate storyline and character – in other words no process of reasoning worthy of the name.

Modern music, like modern literature doesn’t have to lack a story to be ‘worthy’. See for example Clare Maclean’s Above the Water which ended the first half of this same concert. It was full of harmony and melody (story and character) and was a work of great beauty. One was delighted to be present for its world premiere.

In between the darkness of the beginning and the light at the end of the first half were three renaissance works by Dufay, Josquin and Ockeghem which the choir and their conductor Nicholas Routley delivered with aplomb.

After interval we had Brahms A German Requiem, which is delightful, but way too long for a modern audience. Rather it would not be too long if it had the concert to itself. But as a second half only, when the overall concert runs well in excess of two and a half hours, particularly when it kicks off with Ligeti and his longest seven silent bars in the history of agony, and the Great Hall at Sydney University is freezing this time of year – they could well have heeded the timeless wisdom ‘leave ‘em wanting more’. Having said that, soloists Belinda Montgomery (soprano) and  Alexander Knight (baritone) were magnificent and chipped masonry out of the back wall with the power of their voices.