Melba encore: where is the value?

At the heart of controversy behind special funding of Melba is whether the money is delivering value to the community.
Brian Benjamin
[This is archived content and may not display in the originally intended format.] 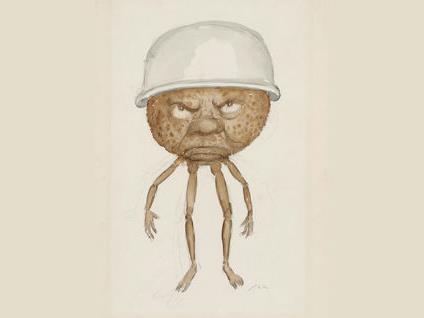 The story so far: ArtsHub’s Ben Eltham revealed a $275,000 grant to the Melba Foundation directly from the Ministry of Arts bypassed the Australia Council and peer review and ArtsHub’s Brian Benjamin  analysed Melba’s accounts. Melba Managing Director Maria Vandamme defended Melba’s special funding. Below, Benjamin analyses the structure of Melba and considers the implications for funding to other arts organisations.

There is a consistent refrain in the writing of Managing Director of Melba Recordings and Melba Foundation, Maria Vandamme, that the two are indistinguishable and in the same category as the Melbourne Symphony Orchestra, the Australian Ballet and the Australian National Academy of Music, to name a few.

But the MSO – to choose one example – is a publicly-owned institution. Like other community-established not-for-profit organisations, the MSO exists for the public good. Anything of benefit that it creates is owned by the community of Victoria. The people who run it do so in trust for the community. Accordingly, the community funds the orchestra and takes the losses when they occur.

Melba on the other hand, comprises two companies. Melba Foundation is a not-for-profit public company but it does not make music, produce or sell recordings. The Foundation functions solely for the purpose of channelling tax-deductible funds (publicly- and privately-donated, the latter up to half-funded by the taxpayer through associated tax deductions) to the other Melba company.

That other company is Melba Recordings. It is a private company which ASIC records show is wholly-owned by Maria Vandamme.

Melba Recordings has all of its recording equipment funded and all of its expenses met by the Foundation. It has by and large been excused from repaying anything to the Foundation and does not have to make good any losses on the assets created with the Foundation’s money.

Most importantly, Recordings owns all of the copyright in the recording products. When the music stops, the product of years of public investment, the entire catalogue created with the public’s money will remain in the ownership of Ms Vandamme’s private company.

Nothing like this happens with the MSO or any of the other organisations with whom Ms Vandamme likes to associate Melba. Yes the government takes the ultimate risk but so too does it “own” the assets.

There are other matters raised in Ms Vandamme’s letter to ArtsHub which are similarly superficially appealing but do not bear closer scrutiny.

Reducing the letter to its essence, it comes down to three further points. First, the application and worthiness of the “peer review” process is impugned; secondly, the performance of other record labels relative to Melba in promoting Australian recordings to world attention is disparaged; and, thirdly, it’s claimed that government money received by Melba would not otherwise come to the arts so Melba’s take hurts no-one else.

The “peer review” issue is not worthy of the heat that it generates. But when Melba says it has no peers since peers would be “other record producers” and Melba is streets ahead of them all, it is both offensive to those fine producers that we have and a diversion from the real issue of peer assessment. Peer doesn’t mean other record producers; it means other people of high repute in the music sector of the arts who can assess whether spending $150,000 on a recording of, for instance, a lost Saint-Saens manuscript, is the best use of that money, given other potential uses of this resource.

The claim of publicity success – “has any other Australian recording label achieved [a comparable] level of coverage in the pages of the most prestigious and influential international publications” – is gratuitous. No other owner of a record label in Australia or anywhere has had $25,000 of public money per recording to spend on marketing and publicity, so for Melba to criticise them for failing to achieve the publicity overseas that Melba has achieved is breathtaking in its audacity.

What is remarkable is not that Melba has achieved significant publicity internationally for its recordings with all this money but how ineffective this expenditure has been in terms of sales.

Finally, there is the argument that no-one loses as a result of Melba gaining access to $7.5 million outside of the normal arts funding processes. This is more magic pudding finance.

If there is any economic rationality in Canberra at all, this cannot be true. All of the other lobbyists, the party apparatchiks and the public service on whose advice the government relies for its budget policies and financial management through the Department of Finance, will have these grants earmarked and set against the allocation of funds to the arts sector. They would be incompetent if they didn’t and they are not that. Ms Vandamme’s attempt to convince us to the contrary is self-serving.

If, however, Ms Vandamme is correct, Senator Brandis has a pot of money that no one counts. All arts organisations with a perceived special case should be beating a path to Senator Brandis’ door in Canberra for a serve of the magic pudding.

The model of funding a private business through arts grants is inherently flawed. When Alan Mitchell, Economics Editor of the Australian Financial Review, wrote recently (24 September, 2014) that, “the Coalition’s reformers … need … to overpower the professional and business interests that have grafted themselves on to the taxpayers’ collective hip pocket”, he could well have had no better case in mind.

In the case of independent artists, there is probably no basis for concern when one-off projects are funded by the government. That is what arts funding is for.

When commercial enterprises are funded, in this case overwhelmingly, by government over a long period and the assets created come to be exclusively owned by a private company, a better approach is needed. There is only a handful of producers that could contest with Melba for production capability in Australia. They would often have to produce an entire recording, including a marketing budget, for not much more than $50,000. They should have the chance to bid for government-funded recording projects on a quality and price basis. There are ample instances of such approaches in the broader economy and it’s time that the Australia Council became more effective in implementing such arrangements in arts funding too.

If this is done, we can expect to get better value for our taxpayer dollar in the arts sector and the arts will benefit from better-directed and managed funding.

Disclosure statement: Brian Benjamin was Executive Chairman of Melbourne Chamber Orchestra in 2009 when a Melba proposal to record MCO was discussed but did not eventuate.

1. Benjamin says Melba Foundation receives funds which pass to Melba Recordings and that Melba Recordings owns the equipment and copyright for Melba’s catalogue. Is this correct and if so what is the justification for this structure?

2. You have made it clear you do not think Melba should be required to apply for grants through the Australia Council or subject to peer review. Why should Melba be exempt from a system that applies to all other arts organisations?

3. Arts funding is always in demand and money given to one organisation (whether directly or through AusCo) cannot be given to another. Given this, what is the justification for your claim that no other arts organisations lost money as a result of the grant given to Melba?

We at the Melba Foundation are concentrating on fulfilling our obligations to government and to our many generous supporters: making recordings and supporting our artists.

Mr Benjamin has made scurrilous attacks on Melba. I am not obliged to speak to him. His malice towards us is widely known.

Given we had an agreement with the Australia Council, perhaps he should be directing his questions to them.