Danny and the Deep Blue Sea

It is impossible not to become fully engaged with this performance.
Sofia Monkiewicz
[This is archived content and may not display in the originally intended format.] 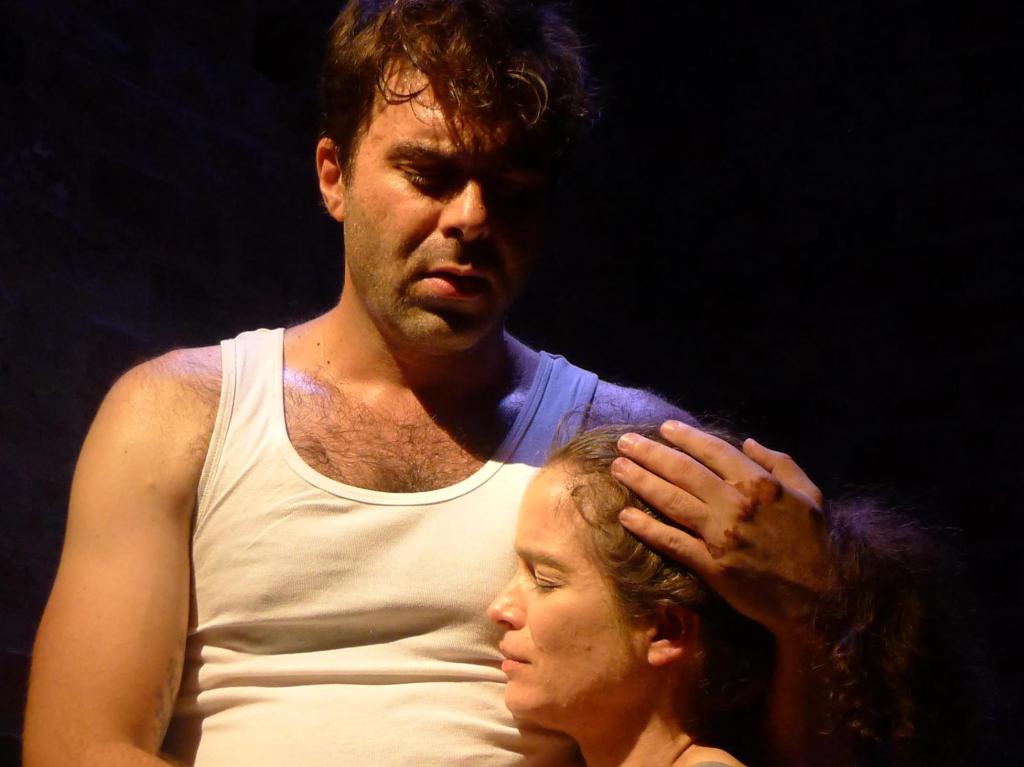 Danny and the Deep Blue Sea is a dark, unpredictable love story between two broken individuals searching for a brighter future.

Danny (Ange Arabatzis) and Roberta (Tanya Walker) meet in a dimly lit New York bar, sharing pretzels and small talk. Roberta is a 31-year-old unemployed single mother with a sordid relationship with her parents and some horrific childhood memories that have haunted her for years. Danny is a violent, distrustful man with a tough exterior and endless insecurities. His hands are bloodied and his temper is raging, and this sparks a curiosity in Roberta which both frustrates and engages him. This unlikely pair strike up a long conversation in which they begin to bare their souls and their troubled pasts, and realise that they have much more in common than they first assumed.

Written by American playwright, John Patrick Shanley, Danny and the Deep Blue Sea is mostly dialogue and little action, and this creates an intimacy not only between the couple on stage, but between the couple and the audience. It is as though we are intruding on some private moments and heart-wrenching stories that are not meant for our ears. Both characters have traumatic memories that they coax out of one another, and once their ghosts are out in the open their relationship shifts from one of mistrust and caution to something much more complex and meaningful.

The play is an emotional rollercoaster; it is never clear how these two strangers are going to end up, as their feelings for each other constantly shift throughout. Are they in love? Will this relationship last longer than just the night? Will it end violently? The connection between Danny and Roberta is unpredictable and chaotic, and this means that it is impossible not to become fully engaged with the performance.

Walker and Arabatzis both deliver raw, honest portrayals of their damaged characters. Considering their bitterness about life and their anger issues, Roberta and Danny should not really be likeable in the slightest, but the actors manage to humanise these awful individuals in a way that makes them surprisingly relatable. Arabatzis is particularly fascinating to watch as he slowly uncovers Danny’s emotional core, shedding layers of tough masculinity and aggression to reveal a fragile man who resents his unrelenting temper. His struggle to keep Roberta at a distance is incredibly real, and his emotional final speech is beautifully mastered.

My only concern with this performance is the arrangement of the audience seating. Much of the play takes place with the actors seated on a low stage, and unless you manage to sit in the front two rows it is rather difficult to see both performers at the same time. The stage itself is simple, only requiring a bed and a couple of chairs, and it allows the audience to focus solely on the actors and their dense dialogue without any unnecessary distractions (assuming they are able to see the stage from where they are seated).

Director Leslie Simpson and Subtext Theatre have successfully constructed a wonderfully tragic tale of love and heartache, weaving together the lives of two very different people who manage to connect over their pain-filled pasts. A story of fear, hope and self-loathing, Danny and the Deep Blue Sea combines a beautifully written script with some truly impeccable acting, and is definitely worth watching.

The Owl and the Pussycat, Richmond
www.facebook.com/subtexttheatre
6 March – 15 March