The multitude of voices and narratives within Voiceworks is one of its main strengths.
Sonia Nair
[This is archived content and may not display in the originally intended format.] 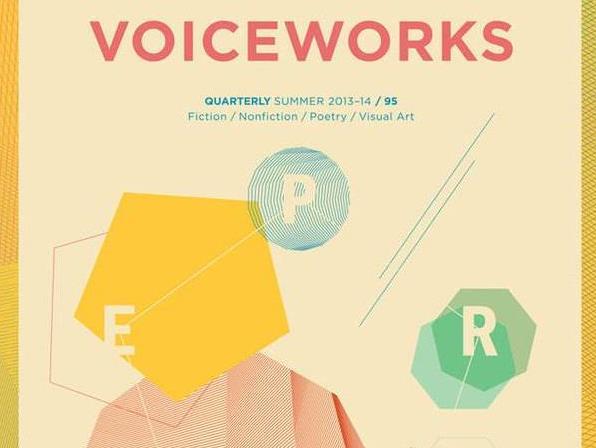 Reading the bios of the writers, poets and artists that contribute to Voiceworks is often as entertaining as the prose itself. Take Joshua Barnes who, ‘one day hopes to cool an apple pie on a windowsill somewhere in Kentucky’, or Alice Thompson, whose long-term projects include, ‘poorly crocheting an enormous blanket’. This penchant for quirkiness and humour is often mirrored in the pieces within Voiceworks, as Barnes pens a kooky fictional piece entitled, ‘Tiny Sharks’, and Thompson composes a brief poem full of exquisite imagery entitled, ‘A’.

But it is editor Kat Muscat who decides to launch Voiceworks #95: Prime, ‘on a more ominous note than usual’, with a call-out for writers to consider their worth and explore whether they will be paid or not before they agree to be published.

It is a topical issue and one that needs addressing. The recent launch of Crikey’s Daily Review shined a spotlight on the conundrum when a large group of established writers refused to write for it without pay.

Melbourne-based writer Sean Watson responds to a timely issue, too, when he evokes the much-maligned argument of Robyn Annear who says, ‘the absence of literary magazines would discommode contributors far more than readers’. Like those before him (here, here and here), Watson puts a rest to such claims.

Some pieces – like Hilary Bowman-Smart’s non-fiction ‘The Prime of Your Life’, directly draw on the edition’s theme. An initially scientific piece that subsequently poses its readers with a moralistic proposition, Bowman-Smart questions if immortality is something the human race should be striving towards.

Other non-fiction pieces, like Lauren Farquhar’s, ‘Women: What Happened’, and Hollie Pich’s, ‘Talking Back’, both tackle how we can appropriate inherently problematic ideals. Farquhar’s article is a particular highlight, and abounds with quotable passages. The author examines her uneasiness with the Fifties Revival by constantly critiquing it and examining her privilege as a ‘white, straight-presenting, cisgendered women’.

‘Feminist rhetoric, critical conversation, subversion of patriarchal norms and challenging the racism that pervades our favourite era is not mutually exclusive to sighing in adoration of our petticoats,’ Farquhar says.

Pich’s piece – a type of love letter to fanfiction and fandom – dispels commonly held stereotypes and confronts a similar phenomenon where creators of fanfiction reshape source materials so that they are adequately represented.

In the journal’s fiction component, Louise Spence’s, ‘Infranasal Depression’, is a delightfully wicked piece on two hiccoughing adults who are with each other purely for convenience, in a riff on perfectly functional adults who inexplicably find themselves in identical circumstances. Conversely, Joey Black’s, ‘An Open Letter to My Dead Best Friend’, is heart-wrenchingly raw and endearing, as Cleo pens an ode to a friend who has died from leukaemia, with the depiction of grief at once childlike and visceral.

Interspersed among the non-fiction pieces are the winning entries of the John Marsden prize, evocative visual art, and poems – from Emmie Rae’s elegant and seamlessly flowing, ‘There Are Sounds for Everything’, to Kyle Kohinga’s staccato ‘Weights, Metric or Otherwise’.

As Watson concludes in his editorial, it is the very multitude of voices and narratives within Voiceworks that is its main strength.