Ballet at the Quarry: Radio and Juliet

New Artistic Director, Belgian Aurélien Scannella, brings a fresh, entertaining approach to the company.
Satima Flavell
[This is archived content and may not display in the originally intended format.] 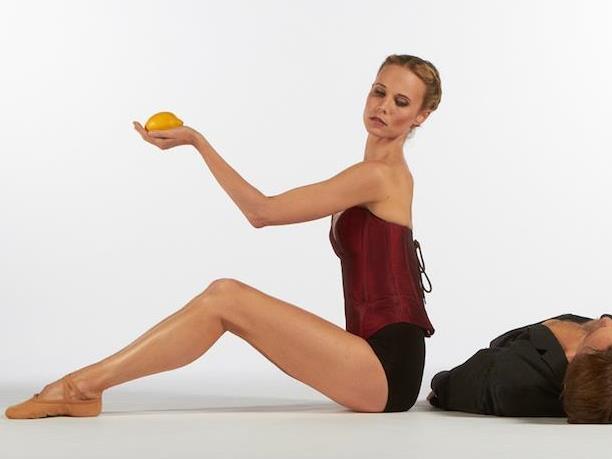 This is the first Ballet at the Quarry program devised by the WA Ballet’s new Artistic Director, Belgian Aurélien Scannella. He brings a fresh, entertaining approach to the company in this balanced line-up, convincingly planned to appeal to a younger audience – and indeed there were many faces in the audience that have not seen thirty summers, and some who would not have seen fifteen. But this is not a kids’ show: it is meant to appeal to grownups.

The program is nicely balanced, with three humorous pieces and one longer, highly dramatic one. The opening opus, Lucas Jervies’s Epic Fail, mercilessly sends up the world of ballroom dancing competitions, accompanied by a crazy mixture of music that shouldn’t work but does: snippets of two Mozart symphonies, a nod at Richard Strauss’s Thus Spake Zarasthusa, and finishing with Whitney Houston’s ‘I will always love you’. The four judges, Jayne Smeulders, Polly Hilton, Christian Luck and Tim Harford, scoot about the stage like a flock of rabbits, trying to avoid direct contact with the competitors and especially with the quintessential Dance Mum, a nicely frocked-up Robert Mills. There are lots of laughs in this piece and is probably the one best calculated to please a very young audience. It will, one imagines, do well in a schools program.

The next two items were both created by Itzik Galili. An Israeli by birth, Galili is a former member of the Batsheva Dance Company, which co-incidentally is also playing at the 2014 Perth Festival. He has further developed his choreographic skill in England and the Netherlands. Judging by these two works, Mona Lisa and The Sofa, Galili’s style is sophisticated but full of fun. Mona Lisa, devised as a male-female duet, is highly acrobatic, and appears to be about getting one’s leg over, in both literal and figurative senses, to music by Thomas Hofs. It is stylishly performed by Brooke Widdison-Jacobs and Jiri Jelinek.

The second Galili work, The Sofa, comes pretty close to slapstick yet still carries a veneer of the sophistication of Mona Lisa. To music by Tom Waits, it shows us two heavy-handed attempts at seduction, firstly with a man (Matthew Lehmann) coming on strongly to a woman (Sarah Sutcliffe, comedienne par excellence) who doesn’t actually dislike him but wishes he’d keep his hands to himself. The sofa topples over, the couple disappears over the back and when it is righted, Sutcliffe has been replaced by a man, Daniel Roberts. The two men dance the same situation with the same choreography, but this time it is the turn of Lehmann’s character to be the ‘victim’. Roberts’s character puts the hard word on him. (Roberts, by the way, has the creepiest smile I’ve ever seen on a dancer, and he uses it to full advantage in this role.) The whole segment has us in stitches and I’m hoping to see more of Galili’s work in the future.

There is no interval in this show, so it is on with the main work of the evening, Radio and Juliet, which is set the music of Radiohead. Choreographer Edward Clug gives us the bare bones of Shakespeare’s most popular play with a cast of six men and one woman. Clug has based his premise on the suggestion ‘What if Juliet did not kill herself?’ and has come up with a psychological drama of the first water.

At the opening performance, Juliet is danced by Brooke Widdison-Jacobs and Romeo by Jiri Jelinek. This is an up-and-coming young partnership that looks very promising. Jelinek joined the WA Ballet last year, not long before Widdison-Jacobs was promoted to Leading Artist. His skilful partnering backs up her strong, dramatic style with considerable flair.

This clever re-interpretation of the classic love story is slow to get going, but once Tybalt had done away with Mercutio things start to warm up. Even so, it is, perhaps, just a shade too long at 55 minutes. Nevertheless, it is a powerful piece of theatre, well worthy of retention in the repertoire. Part of its impact lies in the astute use of video projections, which hint at the story’s original place and time while retaining the modernity of this interpretation.

To enjoy a marvellous program such as this in the open air on a balmy summer’s evening is one of the perks of living in Perth. Even so, don’t forget to take a wrap. The Quarry is a lovely setting, but its heating and cooling are nature’s work!

Ballet at the Quarry: Radio and Juliet

Satima Flavell has written reviews and feature articles for The Australian, The West Australian, Dance Australia, Music Maker, ArtsWest and Scoop, and has also published poetry and fantasy fiction. Her first novel, The Dagger of Dresnia, will be out shortly from Satalyte Publishing.